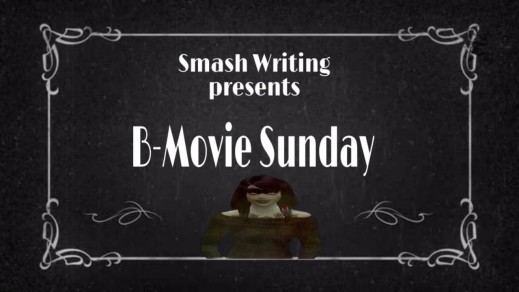 It has been way to long since I did a B Movie Sunday Review. Had a bunch going on as is life, but I am back and decided to go back and pluck out a classic from 1985, The Stuff. A movie that I haven’t watched in about 15 years so I couldn’t remember a whole lot when I sat down to give it a watch. Without further delay, lets dive back in shall we.

The movie kicks off with two homeless men eating some white goo, that was bubbling out of the snow. Deciding that it tastes so good. They might as well try and sell it. We jump forward a bit to a kid, Jason, waking up in the middle of the night and heading downstairs for a drink and a bite to eat. When he sees the container of, The Stuff, knocked over and it’s contents moving about in the refrigerator. His Dad comes up behind him too late to see it moving and scares him back upstairs. Helping himself to a bit of The Stuff afterward. After a commercial selling The Stuff as being better then Ice Cream. We see a group of business tycoons talking about how they have failed to find out how The Stuff was made and a Chocolate Chip company had been sold to them as well. Deciding that drastic attempts must be taken and are going to hire Industry Spy David “Mo” Rutherford to steal the ingredients for them. Proving himself capable after already knowing everything due to having bugged one of them the night before and after getting his check. Knocked out the guy who was giving him a hard time for being ousted from the FBI. Meanwhile, Jason is trying to warn his family about The Stuff but they are not listening. Back to Moe, we see him posing as a wealthy Oil Tycoon to get into a Sound Stage where they are recording the next commercial. Full of scantily clad women who are walking down runways and feeding each other. Being directed by Nicole. The woman who pretty much got their advertisement up and running. After smooth talking her into believing he was a potential buyer of the entire ad agency and agrees to go back to  his hotel to talk more.  Leaving us free to rejoin Jason in his destruction of as much of The Stuff as he can at the grocery store, before workers manage to grab him. After an Interview with someone with the FDA, who is killed by his dog after. Mo follows a lead to Stader, Virginia. A ghost town, with just a postmen and Gas Station Worker. After an altercation with a man named Chocolate Chip Charlie. The former owner of the Chocolate Chip Company. Turned out he was swindled out of his company by his Family and wants to find evidence to use to get his company back. Together they confront the postman. Finding out that everyone’s mail was being routed to Midland, Georgia. He excuses himself to the bathroom. Where The Stuff begins pouring out of his mouth. After hearing strange noises, break down the door. Finding him dead on the ground. Mouth opened outstretched. They go out the window to find who did it. Are attacked by a group of men, who are hollow and break under their attacks. Finally getting away by boat and somewhere safe. Mo sends Chocolate Chip to get the FBI while he pushes on with his investigation. Goal shifting more from the ingredients to what exactly is The Stuff and I will leave it there for now.

This was a compelling tale of consumerism. How easily it is to get people hooked on a product. With several sexy, flashy commercials, songs and radio advertisements. People eating it all up without even wondering what exactly they were putting into their bodies. Only people asking were the ones who wanted to use it to do the same thing for the sake of cashing in on it. Even after knowing, still willing to put it in their products as low doses to get people hooked, without the mind control effects. A story that not only stands the test of time, but can easily be re-done today to similar affects.

Of course, being a horror movie from the 80’s, we got to talk about the effects. Which were pretty good. Affects of The Stuff coming out of people’s mouths looks good and they did a good job for the most part making pools of The Stuff move about rooms and shooting out of beds. A bit of the green screen and CG are a bit dodgy but passable for its age.

Michael Moriarty was easily the standout in the cast. Bringing a suave swagger to his character. Likable right from the gate, when he showed his prowess with the bug and the way he knocked out the guy who mocked him from the gate. Putting together a good guy, who believed his own hype and knew how to back it up at the same time. Garret Morris’s Chocolate Chip Charlie was criminally under-utilized. When he was on screen he was so good. Entertaining and had good chemistry with Moriarty and a shame we didn’t get more screen time. The same can kind of be said for Andrea Marcovicci. Played her role well enough, just felt like her character needed more fleshing out.

Negative wise is the Militia scenes. They really add very little outside of humor. Which could have easily have gone to Chocolate Chip and been a lot better. Even the fact that they had a radio station could have gone to Nicole or one of many of Mo Contacts. Just felt like they were tacked on for time and not much more. Although, did chuckle at the ‘Nam joke.

Before we round this out. Let me say something that will certainly rock the boat with some people. In a world that loves dusting off movies and giving them a new shine. The Stuff would actually be perfect for a remake. Like I said, The Consumerism Story they told is still prevalent today. Quite a few Horror Directors active today could tell a chilling tale today with a bit higher budget and newer practical effects. Especially if they get the nerve to give it a much darker ending.

With that said, The Stuff is definitely a movie you should give watch if you haven’t already seen. Have some good laughs and decent horror spread out. As always, I hope you enjoyed and…

Thank You For Reading.